This morning (Thursday, 2 days before race day) I went to the registration for the Two Oceans Ultra Marathon 2013. 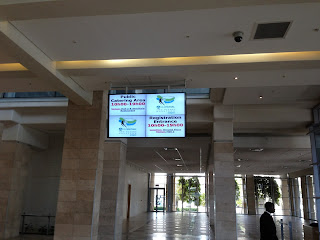 At 10 o'clock they open the gates and at 9.50 there was quite a nice queue waiting in the lobby. 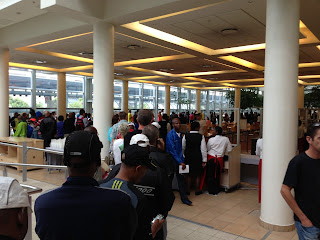 But the Organizers managed it all perfectly. From 10 o'clock on they opened the doors for a number of runners to avoid a hassle at the registration tables. The third batch to go in included me and 5 minutes later I received my race pack. 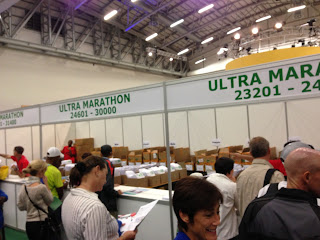 After registration I looked at the different shops at the expo and was happy when I found some nice summer running gear at the Adidas store. 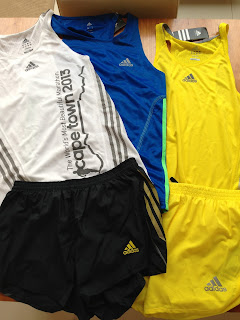 For all of you who are struggling with the winter: This stuff is made for running when the temperatures are above +20°C ;)